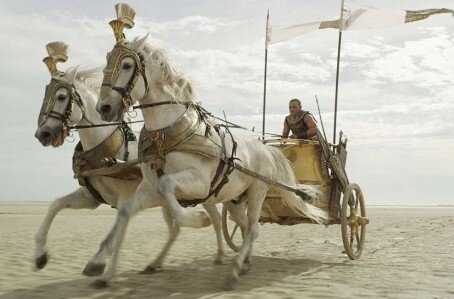 God had promised David a son (people) who would rule an everlasting kingdom (land) and build a temple (blessing). These promises were realized in David’s son, Solomon. In Solomon’s time the people were as many as the sand by the sea. They ate and drank and were happy. Solomon built a temple for God in Jerusalem made with beautiful stones, cedar wood and gold. Engraved into the walls and embroidered into the curtains are cherubim and fruit trees recalling the Garden of Eden. The text says the whole earth sought the presence of Solomon to hear his wisdom, which God had put into his mind. In Solomon we see the fulfilment of God’s promise to Abraham that through his family all nations on earth would be blessed.

But as Adam fell in the garden of Eden – Noah fell after the flood – and Israel fell in the book of Judges – so Solomon falls.

In Deuteronomy 17:14-20, Moses gave instructions about Israel’s future king. This included writing himself a copy of the rules for kingship. Solomon would have handwritten the following:

Compare to what is said in 1 Kings:

The main problem is he married the wrong people – and worshiped other gods. Another problem was that by gaining so much silver and gold and chariots, Solomon became a king who trusted in his own resources. Contrast with how David had been a man of sorrows and suffering in the wilderness where he had learned to trust in the Lord rather than in human resources. All the hope that was put on Solomon as a new Adam in a new Garden – ends in disappointment.

Following Solomon’s death, the kingdom divides into two for about 300 years. The north becomes the kingdom of Israel. The kings of Israel are all bad and they tend to assassinate each other. The south becomes the kingdom of Judah. The kings of Judah are descended from David – most are bad, but some are good like Jehoshaphat, Hezekiah, and Josiah. The story of the divided kingdom is what occupies the rest of the book of Kings.

Even the wisest of people will fall if they stop paying attention to God’s word. How wise are you? What will happen if you neglect reading God’s word?

If you are not married yet, then be careful who you marry – it can make a big difference.

Faithfulness to God needs to be in all areas of life – not only in some.