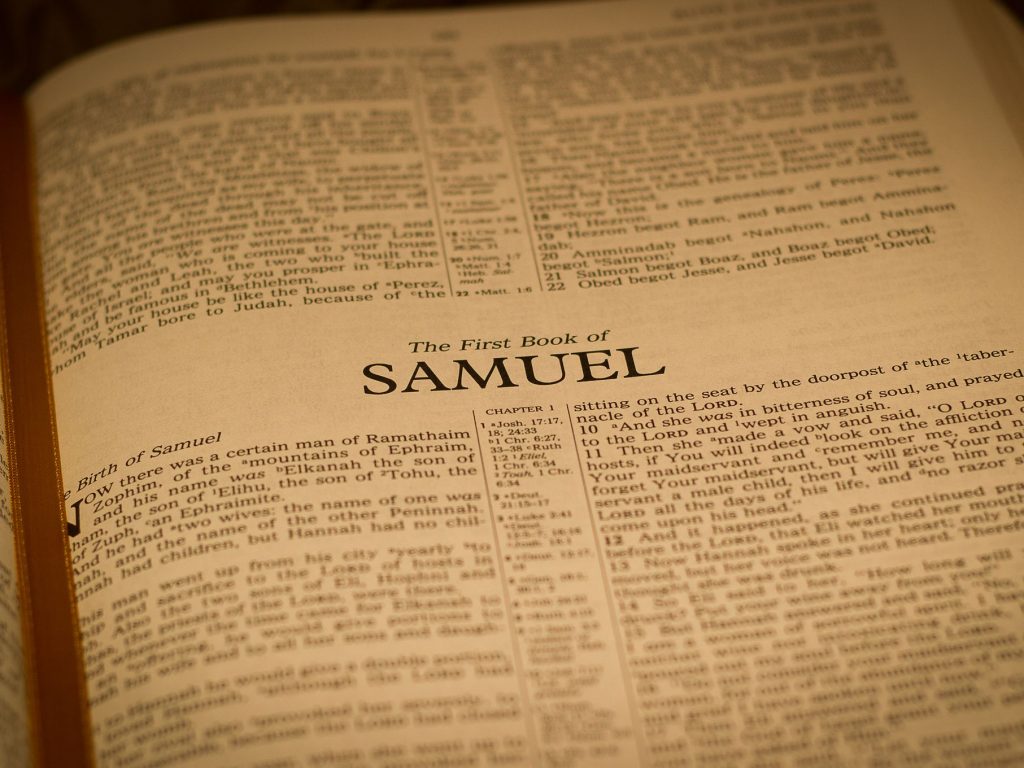 Another child born to a barren woman – Samuel. Hannah cries out to the LORD in prayer for a child. Eli the High Priest is so spiritually blind that he thinks she is crying and muttering not in prayer but in drunkenness. Upon realising her genuine desperation before God, Eli pronounces a blessing on her – and that is good enough for Hannah who washes her face and enjoys a meal. Once Samuel is born, he essentially becomes a Nazirite all his life – dedicated to God’s service. He has his first encounter with the LORD as a young boy when the LORD calls “Samuel, Samuel”. Eli teaches him to say, “Speak LORD your servant listens” – and so begins Samuel’s ministry as a prophet. Samuel is a significant person in the first half of the Old Testament. Following his birth, Hannah’s song points to a coming king. Samuel will be instrumental in the anointing of Israel’s first two kings – Saul and later David.

The book of Samuel begins with Israel’s defeat at the hands of the Philistines but when Samuel emerges later, he acts as a deliverer of Israel from the Philistines (he has victory through prayer). Samuel is a deliverer but also a prophet like Moses in many ways. He combines the roles of prophet, priest and judge.

However, in his old age with enemies arising to both the east and the west, the people of Israel decide they need to be like all the other nations with a human king to deliver them. This is despite Samuel having delivered them on other occasions. It is also a rejection of God who is the King living among them.

God gives them a king who is right in their eyes – Saul. Saul begins well but ultimately is disobedient and is rejected by God.

The story of Saul’s disobedience culminates in his inquiring after a medium to gain guidance from the dead. As with Genesis, Deuteronomy, and Joshua, 1 Samuel ends with a funeral. However, whereas the previous funerals offered hope for the continuance of God’s unfolding plan, this funeral notice is not positive.