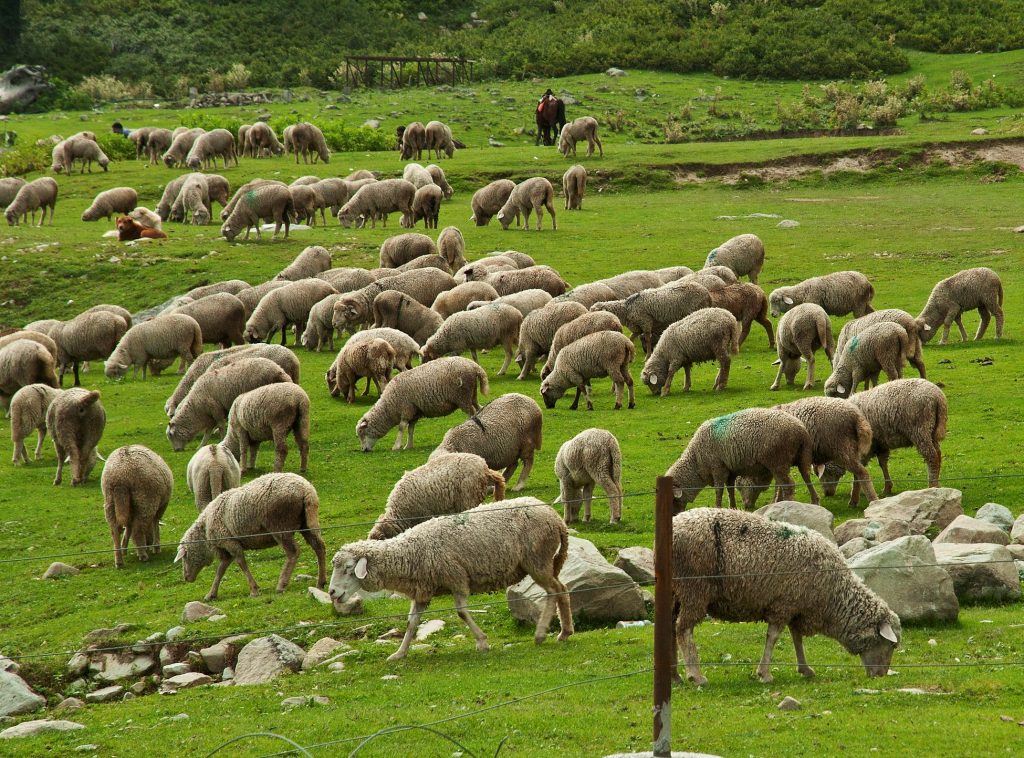 Whereas Saul was introduced looking for lost donkeys unsuccessfully, David is introduced in 1 Samuel 16 as successfully shepherding the gathered sheep in the fields of Bethlehem.

When Samuel is sent to the fields of Bethlehem to anoint a son of Jesse as the future king, he sees David’s older brother Eliab first and assumes he is the chosen one. But the Lord said to Samuel, “Do not look on his appearance or on the height of his stature, because I have rejected him. For the Lord sees not as man sees: man looks on the outward appearance, but the Lord looks on the heart.” Samuel almost chose another Saul – based on handsome appearance and height! David however is one who is after God’s own heart.

The narrative gives a great deal of attention to Goliath’s bronze helmet, bronze breastplate of scales, bronze leg armour, and bronze spear – we get it … there is a lot of bronze! In Hebrew bronze is spelled נחשת which is very similar to how serpent is spelled נחש. Hebrew sometimes does word plays like this. It is possible that Goliath is being portrayed as another seed of the serpent like Cain, Pharaoh and a long line of opponents who seek to destroy the seed of the woman (the people of God). If this is the case, then David’s defeat of Goliath and cutting off his head with a sword is illustrative of the way the seed of the woman will ultimately bruise the serpent’s head.

Sometimes this narrative is interpreted to suggest that we are like David and when facing giants (obstacles) we need to tackle them with faith in God the way David did. On one level this is true, but it is not the main point of the text. In this narrative we are less like the hero of the story and more like the Israelites trembling in fear of death and needing a saviour. If Goliath is being linked to the serpent, then the Lord Jesus is the David who saves Israel. Jesus is the one who completely trust in the LORD and wins the victory on our behalf. As the Israelites shared in David’s victory so we share in the victory of the Lord Jesus.

Many comparisons can be drawn between David and Jesus – both born in the fields of Bethlehem to be king, both chosen not based on appearance and perceived power, both having hearts that trust and orientated after God’s own heart, both used by God to bring salvation to his people. The Old Testament intentionally uses David as a foreshadowing of Jesus. Jesus is the David who will more fully bring in God’s blessing for God’s people in God’s land. He will be the ultimate seed of the woman, the snake-crusher.