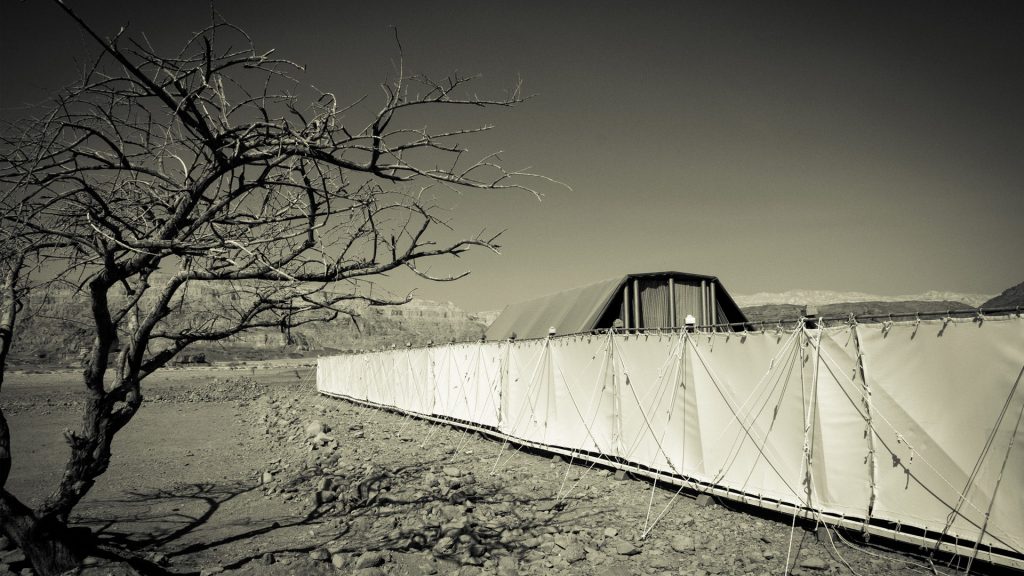 The Law given to Moses (chapters 20-23) is called the Book of the Covenant and is read to the people. Having offered a sacrifice Moses says, “Behold the blood of the covenant that the Lord has made with you in accordance with all these words.” Moses, Aaron and seventy of Israel’s leaders go up the base of the mountain where they “see the God of Israel” … kind of … they saw something like a pavement of sapphire stone under his feet. They then ate and drank in God’s presence – a communion table.

Following this Moses alone ascends the mountain for forty days and nights. Exodus 25-31 include a series of seven speeches in which God gives Moses instructions for the building of a tabernacle. In chapters 35-39, These instructions will be followed down to the exact cubit.

Tragically while God is giving to Moses instructions on how to build a tent so that his holy presence will dwell in the midst of them bringing Israel blessing, Israel seek their own way of achieving blessing. In the golden calf incident, the people commit idolatry and try to facilitate the presence of God among them by means of a golden calf as a vessel for the divine presence. This is rather Babel like – seeks to manipulate God’s blessing through idolatrous conceptions of God. God’s presence and blessing can come only through God’s mediated presence and grace not through human innovations. Once again, we see the nature of sin seeking by man’s effort what God intends to graciously give by grace.

Three key points can be made about the Tabernacle.

The first is that the God whose glory has been seen on the mountain is willing to dwell in a tent of curtains and leather. God will live among the tents of Israel. There is something very incarnational about it.

Secondly, as God walked with Adam and Eve in the Garden, now God walks through the wilderness with Israel. The same Hebrew words are used. There is a sense of a return to Eden. As God’s presence was associated with the Garden of blessing, so now his presence is in the wilderness of the curse. It is almost like God is bearing the wilderness curse with his people.

Finally, the tabernacle has significant symbolism. It comes into existence through seven divine speech-acts, the altar has connotations of a mountain, the bronze basin is called ‘the Sea’, the seven lamps in the holy place represent the sun, moon, and five visible stars, the lampstand itself is shaped like a tree, the golden table contains grains and fruits, the curtains have fruit, trees and cherubim worked into the tapestry, and the high priest brings precious stones into the tabernacle. In other words, the tabernacle is a micro-cosmic representation of Eden. A mini-Eden in which priests serve (work) and guard (keep) is the first expression of a restored Eden in the world. It is only a tent, but it promises as cosmic return to Eden.

Exodus 40 is the climax to the narrative that began in Exodus 1. In this chapter God’s presence fills the tabernacle. God had promised Abraham a people (multiplied and redeemed from Egypt) and a blessing (his presence with his people) – all that remains is the new land.