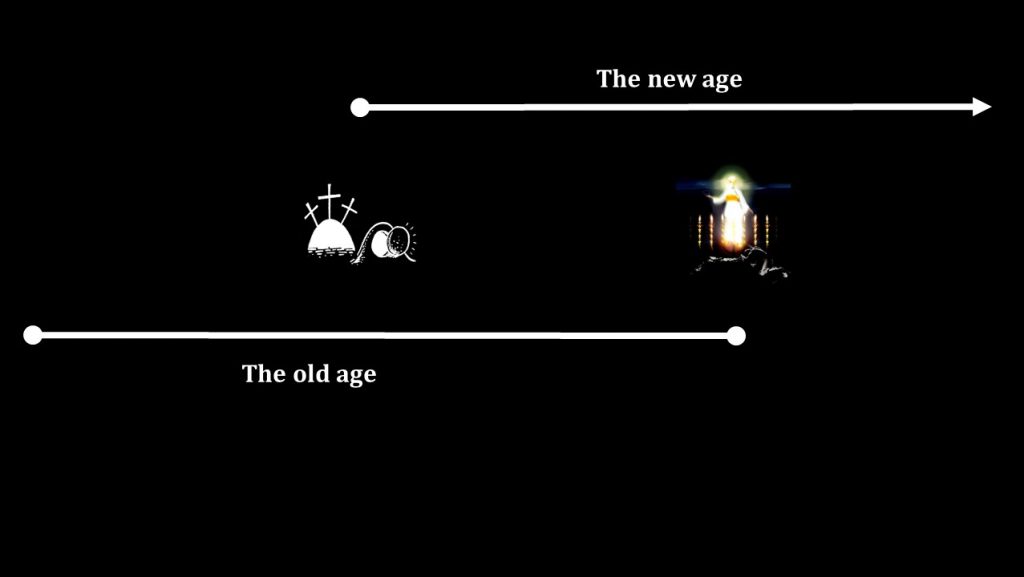 Following Jesus’ resurrection, he appears multiple times to his disciples. On the final occasion he speaks the words of the Great Commission. It begins with Jesus saying, “All authority in heaven and on earth has been given to me”. Originally in Eden the great commission had been given in which Adam and Eve were to be fruitful and multiply filling the earth and exercising dominion over creation. Now there is a man – Jesus – who has all authority over creation! Jesus’ resurrection and exaltation by God is achieving Eden’s restoration.

Secondly, Jesus says, “Go therefore and make disciples of all nations.” In other words, because Jesus has all authority over creation, we should call people to submit to him. We do this as we call people to be baptized – repenting and putting their faith in Jesus – and as we teach people to obey all Jesus’ words.

At the present time we are living in the overlap of two ages. There is the old age of the flesh characterized by sin, a humanity in rebellion against God, and death. There is the new age of the Spirit characterized by holiness, a humanity that are becoming Eden-like, and life in the kingdom of God. As we share the gospel and make disciples, we are seeing a new Eden people taking shape – and it is exciting! The book of Acts shares the story of the breaking in of this kingdom in our world. The New Testament letters teach how the new age people live while still living in the old age.

Again, we are living in the overlap of the two ages. The new age, to which Eden-like people belong, can be compared to conception, pregnancy, and birth. The conception is what the man Jesus did in his obedience, representative death, and physical resurrection – this was the moment when a stone tomb became the womb through which a new creation began! The pregnancy is what is happening now. The Eden-like people are in formation. The Eden-like blessing of a relationship with God is already now. As a child is a child already in the womb – and as that child’s presence in the womb is indicative of the future – so the Eden people are already experiencing the Eden blessing now. But when Jesus returns the old age will come to an end and the new age that has been in formation will finally come into being i.e., the birth of the new creation in which the Eden-people are finally revealed in full glory and fully experience the Eden-blessing of walking with God.

To conclude, the earth is currently under the dominion of man – the man Jesus Christ. The Great Commission is filling the earth with image-bearers who reflect the glory of God in Christ. The conception of the new age/creation took place at the resurrection, the pregnancy is the now aspect of Eden being restored but there awaits a not yet – a birth where the consummation is fully seen.