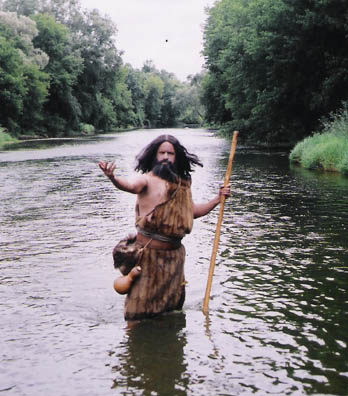 For 400 years after Malachi the people of Israel, now called the Jews, continued to face hard times. They were dominated first by the Persians and then by the Greeks. In 167 B.C. the Greek king Antiochus Epiphanes defiled the temple by sacrificing a pig on the altar and setting up an idol in the temple. This last for about 3 ½ years until the Jews rebelled led by the Maccabee family. They managed to defeat the Greeks, purify the temple, and set up an independent kingdom of the Jews for about one hundred years until they were again dominated by the Romans.

But throughout this period the Jews continued to wait for the Second Exodus restoration that had been spoken of by the pre-Exile prophets in which God would recreate his people living under God’s rule and experiencing God’s blessing. And so, they kept waiting.

The time gap between Malachi and Matthew is 400 years but Matthew’s gospel begins in a way the recalls the last chapter of Malachi – Matthew is simply the next chapter in the story.

For 400 years after Malachi there is no prophet who says, “This says the LORD …” Then suddenly one day in 29 A.D. a man appears in the wilderness speaking a message from the LORD. He is the messenger that Malachi had said would come and prepare people for God’s coming. John is Malachi’s Elijah who was to come. Like Elijah, his location is in the wilderness, his clothing is of camels’ hair and a leather belt, and his wilderness diet of locusts and honey. But an even stronger comparison between the two is the message he speaks – like Elijah before him, John calls Israel to repent.

The only hope of course is to repent. John tells the people of Israel that very soon God will come and bring in the kingdom of heaven. The appropriate response is to be baptized with water as a sign of a desire to be cleansed. Responding to God’s word in this way will result in being baptized with the Holy Spirit who will cleanse the people and be as a refiner’s fire.

Sometimes people have a hard divide between the Old and New Testaments or a blank page between them as if they are disconnected – in fact, one can only understand John’s role if you realize the Old Testament background. The next scene we expect to see is God’s arrival – the arrival of the one for whom John is preparing the people.

What is repentance? The word ‘repent’ literally means ‘to turn around’. It is much more than just saying sorry for doing the wrong thing. To repent is to change one’s heart, mind, and behavior in relation to a thing. When a person repents, they turn away from something and turn toward something new.

Repentance can be illustrated by thinking about a thief who takes things to benefit himself. If such a person truly repents, then the thief will no longer have a disposition toward taking from others. He will turn away from this behavior because his inner heart and thinking is changed. He will then turn toward something new that reflects this changed heart and mind e.g., he will become a generous giver to meet the needs of others. Repentance is a radical change in a person inner disposition.

Simply saying ‘sorry’ or temporarily forsaking behavior is only a superficial imitation of repentance. Real repentance is radical and wholehearted change. When one understands this, one can appreciate that only God can affect repentance in a human heart. The means by which God does this is through the work of the Holy Spirit as a person is exposed to the word of God. Hence, as John preached, God’s Spirit effected repentance in the hearts of John’s hearers.

Repentance is necessary to engage with God with being cut down like a tree and thrown into the fire. Pray for repentance and expose oneself to the word of God.

“Repentance is that mighty change in mind, heart and life, wrought by the Spirit of God.” source: Richard Trench, Archbishop of Dublin.