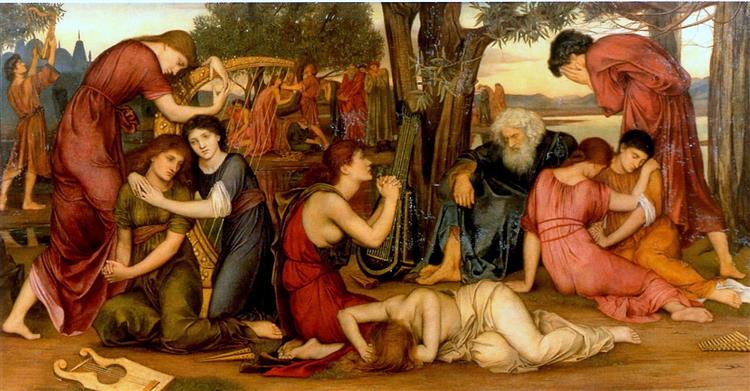 Psalm 137 is a Psalm written when the Israelites were in exile – that time when it seemed the whole Exodus and thousand years of living in the promised land had become undone.

The Psalm speaks of the Israelites as living by the waters of Babylon – foreign and alien waters. Culturally people would have sat under trees by waters and sung songs together, but the Israelites have hung up their instruments. The Babylonians are mocking them to sing ‘a song of Zion’ (Jerusalem). The songs of Zion were joyful songs about God’s word and God’s blessing going forth from Jerusalem. How can they sing such songs when Babel has conquered Jerusalem?

As hopeless as it seems, the psalmist raises his right hand and swears an oath with his tongue not to forget Jerusalem. In other words, as dire as things are, the psalmist still believes that God in his goodness and faithfulness will bring the songs of Zion to fulfilment – there will be a future restoration.

Not only does the psalmist promise not to forget Jerusalem but he asks God to remember their enemies. The Psalm ends with the statement, “Blessed shall he be who takes your little ones and dashes them against the rock!” This seems just wrong to us, but we need to read a little more carefully. Firstly, it is a poem and poems can use strong imagery but what does it mean? The Babylonians had tried to destroy Israel and had literally killed Israel’s children. Once again, the seed of the serpent, like Cain, Pharaoh, Haman, and later Herod, had tried to exterminate the seed of the woman (the people of God). The Psalmist is asking God to judge the Babylonians and make a verdict against them. As Babylon had sought to destroy Jerusalem, so Babylon will be destroyed. As Babylon had sought to leave Jerusalem with no future prosperity, so Babylon’s children would be destroyed preventing Babylon from having any future. Essentially the Psalmist is asking God to judge an eye for an eye (righteous judgment) and bring Babylon’s oppression too an end and thus save Israel – something similar is prayed (in less graphic) by ‘your will be done on earth as it is in heaven’.

Psalm 137 in exile is very sad. Babylon rules the world – only an act of God can save them which will bring an end to the kingdom of man/Babel and establish the kingdom of God – so Israel waits …