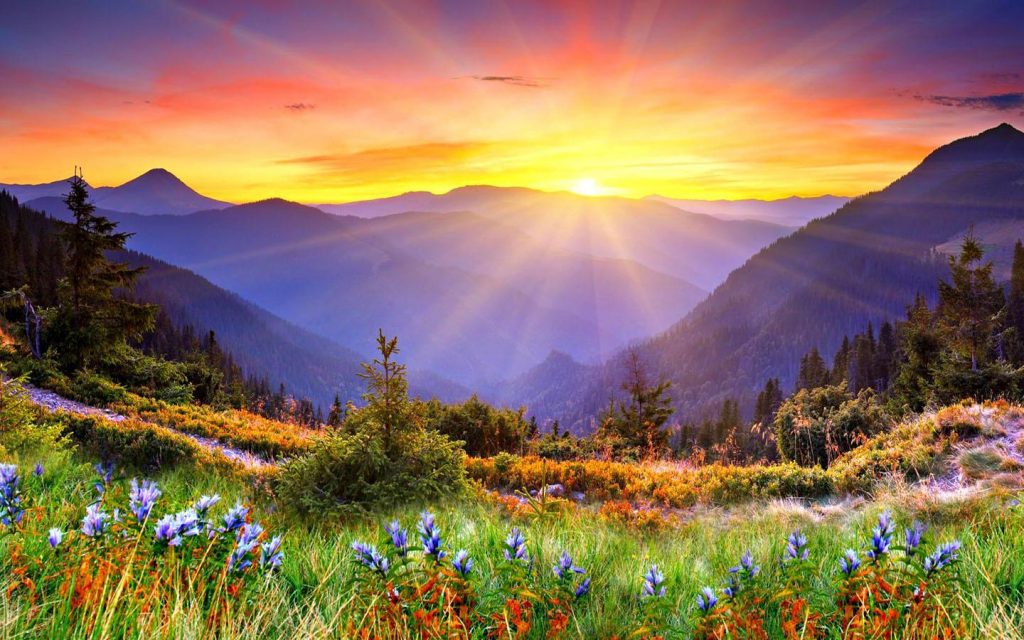 What the Bible has been about

In the New Testament, the reality of what had been promised begins to take shape as God separates from the world a people for himself, gathers those people together and causes them to become fruitful and multiply throughout the earth.

What about the land promise?

In Genesis God had promised Abraham the land of Canaan. The land of Canaan was to be a garden-land in which God dwelt with his people just as God had walked with Adam and Eve in the Garden of Eden.

But God’s presence in Canaan was always intended to be like a beachhead for God’s presence in all the earth. Notice what Paul says in Romans 4:13: “For the promise to Abraham and his offspring that he would inherit the world did not come through the law but through the righteousness of faith.” In other words, Abraham understood the land-aspect to refer to inheriting the whole earth of which Canaan was the first installment. Thus, some Old Testament prophets spoke of the son of David ruling from the sea to the wilderness i.e., the whole earth.

Romans 8:18-23 speaks of how creation is currently subject to futility and corruption and has been groaning as it waits to be redeemed. Paul says the work of the Spirit in us is the firstfruits of God bringing about a whole new creation. What God has begun in us will eventually result in new resurrection bodies and finally a new earth.

When Jesus returns 2 Peter 3:10-13 speaks of how the heavens will pass away with a roar, the earth will be set on fire and laid barren. But according to his promise we are waiting for new heavens and a new earth. As when the world was destroyed by water – a new heavens and earth emerges. The difference this time though is sin, death and chaos has finally been extinguished. The new earth, populated with people raised and glorified, is the fulfillment of the new Eden-land shadowed in God’s promise to give Canaan to Abraham.

The Bible Overview ends with Revelation.

In Revelation 12 we are told that when Jesus was resurrected and taken into heaven. There was a war in the heavenly places.

Now war arose in heaven, Michael and his angels fighting against the dragon. And the dragon and his angels fought back, but he was defeated, and there was no longer any place for them in heaven. And the great dragon was thrown down, that ancient serpent, who is called the devil and Satan, the deceiver of the whole world—he was thrown down to the earth, and his angels were thrown down with him. And I heard a loud voice in heaven, saying, “Now the salvation and the power and the kingdom of our God and the authority of his Christ have come, for the accuser of our brothers has been thrown down, who accuses them day and night before our God.”

No longer is the serpent that damned people in Eden able to accuse God’s people of their sins – at the Cross they have been dealt with. The serpent’s defeat is described as him being thrown down to earth i.e., the serpent eats the dust in defeat. For a time, the serpent persecutes God’s people and seeks to destroy them with false teaching – but God continues to preserve his people. The book of Romans promises: “The God of peace will soon crush Satan under your feet”. In Revelation 20:10 at Jesus’ return the serpent is thrown into the Lake of Fire.

In Revelation 7:9-17 John sees a great multitude that no one could number, from every nation, from all tribes and peoples and languages. The language recalls God promising Abraham a great multitude of descendants no one could count (more than the stars, dust, or sand). It also recalls God’s promise to bless of all nations through Abraham. Having joined all nations to the Israel Olive Tree – God has achieved the Eden purpose a humanity that has been fruitful and multiplied and bear the image and likeness of God. The sinlessness of these people is indicated by the absence of judgment and suffering – they serve God day and night in his presence, they do not experience hunger, thirst, exposure, or tears. Instead, they are guided by their shepherd to springs of living water.

In Revelation 21 we see the fullness of this and of God’s fulfilling the land-promise and restoring Eden. The shadow-Canaan now gives way to the promise of the people of Abraham inheriting the whole earth.

The Old Testament prophets had spoken of a restored land after the exile. An example of how they spoken is recorded in Isaiah 65:17-25. In this passage Isaiah speaks of God created a new heaven and earth and a new Jerusalem. In this new land, the former things are not remembered – weeping and distress, people dying early, other people possessing your houses and vineyards, losing your children to exile, wild animals in the land. Instead, Israel will experience God’s presence, live in houses, enjoy their vineyards, live long lives, wild animals will be tame, and dust will be the serpent’s food.

The significance of this is that we can read what the prophets say and understand that they are talking about what we will experiment – their words are not just about ethnic Israel one day in the future. Of course, ethnic Israel are included in possessing land in the new earth with all the associated blessing.

In Revelation 21-22 we notice that there is a new heaven and a new earth that God’s people inherit (the Old Testament language of inheriting a land). In this new earth, the dwelling place of God is with man. He will dwell with them, and they will be his people, and God himself will be with them as their God (21:4). This is Eden-restored. Notice that in the new earth there are no tears or pain – there is no Post-Eden Exilic curse.

Revelation previously described this old world and its people as being Babylon, so the new earth and its people are described a New Jerusalem. The New Jerusalem has twelve gates named after the tribes of Israel and twelve foundations of precious stones inscribed with the names of the apostles – representing the one people of God. The New Jerusalem, representing the new earth and its people, is described as a cube – the same shape as the Holy of Holies because the whole earth and all its people experience the immediate presence of God with them. John speaks of the kings of the earth bringing their glory to adorn the New Jerusalem, borrowing the language of Isaiah 61. We are told that nothing unclean will ever enter it, nor anyone who does what is detestable or false, but only those who are written in the Lamb’s book of life.

In Genesis 2 when the Garden of Eden was described there was a river that brought life, a tree of life and the garden was full of precious stones and gold. In Revelation 22:1-5 we are told the New Jerusalem, the new earth has a river of the water of life, bright as crystal, flowing from the throne of God and of the Lamb – and on either side of the river, the tree of life with its twelve kinds of fruit and the city streets are gold. Eden restored – the land promised to Abraham realized but so much more so than anyone would have realized.

Finally, in 22:4, we will see his face and his name will be written on our foreheads … and we will reign over the new earth forever and ever.

The original design was that Adam and Eve would be fruit and multiply – filling the earth with God’s glory as they bore his image and ruled creation. Soon, through the work of the one man, Jesus Christ, God will have his prize!